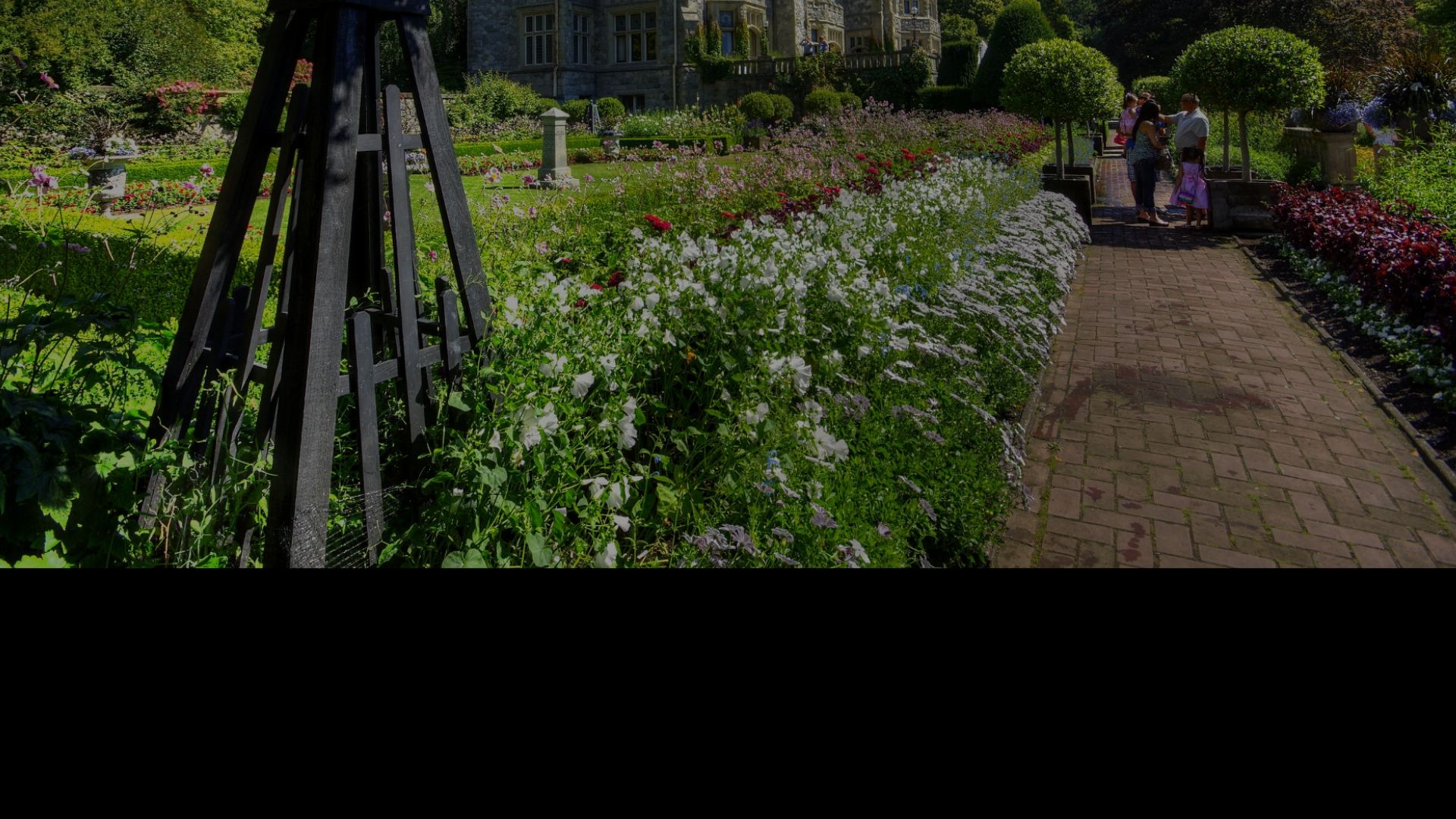 The Italian Gardens, the Japanese Gardens and the Rose Gardens at Hatley Park, located on the grounds of Royal Roads University are open to the general public. Weddings are celebrated continuously here in the summer months. There are also approximately 600+ acres of old-growth forest with hiking and biking trails. Hatley Park is also home to Hatley Castle. Admission is by donation.

The flowers are not those one would normally find in an Italian garden. In May there is a tree with large yellow flowers near the wall – Fremont dendron it is called after a US military officer who surveyed California around 1850 – also called Mexican flannel bush. The boxwood hedge was typical of the period when the garden was built. The general layout of the garden has remained the same over the years. The statues are original and represent the four seasons (Pomona, Ceres, Flora and Hebe). The urns are original. Note the central pavilion, flanked by circular loggias that terminate at each end in a vine-covered gazebo. The pictures in the pavilion are from the early 1930’s.